Ray Diz: Work hard and you will become who you have to be in this life.

Inicio /Entretenimiento/Música/Ray Diz: Work hard and you will become who you have to be in this life.

“Work hard, and you will be who you are meant to be in this life”: Raymond Jones Jr aka Ray Diz has released two new songs on its music platforms, “She” and “Patient”, two profound songs that shape the character of this growing independent artist. In Patient, Ray talks about working hard, putting criticism aside, and not giving up in the worst of times. While “She” is a romantic song, it is about how relationships can thrive with effort.

Ray continues to create new songs and work hard to take his music career to the next level. “I’ve learned that you can never achieve your dreams if you focus more on other people than on yourself,” said Ray when asked what he has learned from music.

Ray Diz: Work hard, and you will be who you are meant to be in this life.

Also known as Dizzy LRay, he is an American rapper based in Callaway, United States. He grew up with Tupac Shakur, Sisqó and DMX, among others, and heard them. However, he first learned to rap when he heard about Mystical. “I repeated his smoke song over and over again on a cassette until I knew every word. I think I was 13 years old at the time”, Ray tells us.

He began his musical career at the age of 19 and has since focused on a style of gangsta rap and R&B. His lyrics tell of how he had to put his life back together again and again and rebuild it from scratch. Ray is influenced by the music of Gstackz and Raheim, a 90s rap style but with modern sounds.

Over time, he has changed his view of life, and he defines himself as a person who does not give up on his dreams. “Give yourself a little space to work hard, and little by little you will become who you should be in this life,” says Ray Diz, connecting his family life with music and the business world. 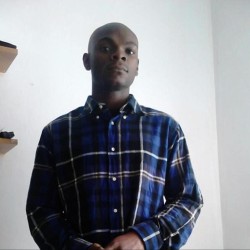