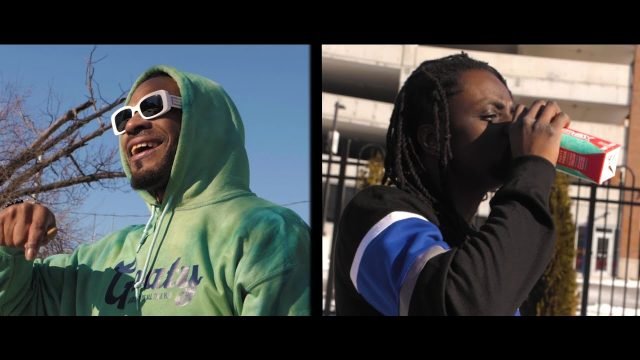 Marvin Ekpenyong, better known as DJ MARV GO HARD has released “I’m Just Bein ‘Me” with Fabo member of the legendary group D4L. The song was published in February and is now available on music platforms such as YouTube, Spotify, Deezer.

Marv is an American recording artist from Columbus, OH. He is also an excellent DJ, artist manager / developer, cameraman, photographer, Jorunalist and CEO in a Limited Liability Company called Most Official Entertainment (M.O.E.). Fabo, also known as Lefabian Williams, is an American rapper, songwriter, and producer. He is best known for his work as a founding member and frontman of the instant music group D4L, and his single “Laffy Taffy,” which reached # 1 on the US Billboard Hot 100 in January 2006.

Together they have created a vibrant song with melodies reminiscent of ’90s R&B with current sounds. The energy it gives off is a positive and overcoming message. Just like it was done in the early rap / hip hop lyrics.

How old are you and how many years have you been in the world of music?

I will be 34 on April 22nd. I have been involved in the performing arts since elementary school.

How would you define your style?

I would describe my style as fun and different from the rest. Having fun and expressing yourself is the foundation of rap/hip hop.

As CEO of M.O.E. you have to combine different functions like DJ / MC / songwriter / Movie Producer & More. Which one do you do best and which one do you consider the most complicated?

That’s a good question. I feel like I am best at DJing, but recently I have been doing way more filming and making music, so things are changing fast when it comes to that. The most complicated thing I would say is filming especially when it’s someone else’s idea you are bringing to life. But I can say that’s kind of what makes it fun.

Is this your first time collaborating with Fabo D4L?

Yes. This is the first collab we have done.

How did you come up with the idea to create the song?

Interestingly, I had the beat for a while but didn’t have any ideas for it, then one day this catchy hook popped in my head while listening to the beat, so I went and recorded it, so I could shop it to an artist to have featured on it. I had the track for a while, one day I was scrolling and decided to DM Fabo on Instagram to ask about a collab for that song.

I sent it to him on Christmas day, and he said he would write to it after spending time with the family. He said he loved it and had it back to me within a few hours. I told him I liked his energy on there, and he said “That’s how I was feeling, and then you sent me that”. So at that point I had to write my verse and got in the studio that weekend and the rest is history.

How does it feel to work with him?

It’s actually really dope working with Fabo because he’s real positive, energetic and down to earth. Also, he is one of the artists me and all my friends loved to listen to back in high school and after high school days. He’s definitely a legend and a trend setter. “One of a kind”, just like he says on the song.

Dj Marv Go Hard, if I have asked you before about your experience with Fabo, now I would like to know: what has been your best experience in music?.

My best experience in music is probably shooting the video to “I’m Just Bein’ Me”. It was fun, and it was all love from the people that made it to the shoot.

Who is the next artist you would like to collaborate with?

I actually just dropped a song called “Power Higher” featuring Cassidy and 2 of my artists, Ahyentee and SBCash. Cassidy is definitely a milestone for me. But if I could work with Eminem or Kendrick Lamar, that would be crazy.

Has the recording and editing of the song been done in M.O.E.?

The recording of my verse was at Palace Recordings, Fabos verse was recorded in Atlanta and Yogi Split did all the mixing and mastering.

Have you participated in the creation of the video clip?

This time I didn’t do any editing or shooting because I was in it. I just chose the locations. The main location was at LAE Luxury Studios, in Columbus, OH.

When do you plan to publish your next musical bombshell?

I’m not sure about my next single, but I am working on a project that will release this summer. It will feature the dopest up and coming artists as well as some names you may recognize. 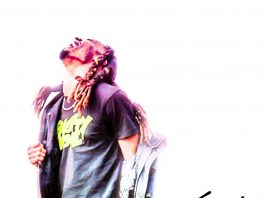 Jelani Kay planning on getting RJmrLA on the remix of Millions 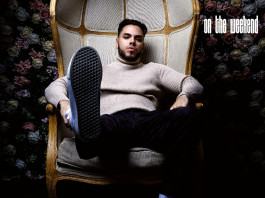